At MCS, Cultured Katy Blake Burch-Hudson Honed a Penchant for Perspectives and Problem-Solving 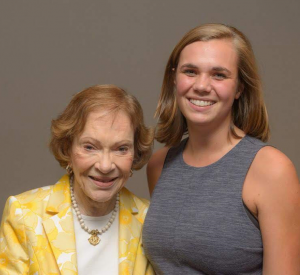 Once again, Katy Blake Burch-Hudson is back where she started in Southern California.

That was where her formal education began (however briefly). It is where her schooling ended for now (she is not ruling out graduate studies). And as of this past January, she is based at the Santa Monica chapter of the RAND Corporation, working as an event planner.

None of this was without a few not-so-brief, let alone small, changes of scenery and culture in between. Two other states in two other times zones plus four other countries on four other continents have played a part in shaping Burch-Hudson’s first quarter-century of existence.

After an admitted acclimation-oriented slowdown on her parents’ part, that development started in earnest via the Montessori Community School in her second year as a North Carolina resident.

At age seven, Burch-Hudson moved with her family to Chapel Hill, where her father pursued his doctorate at the University of North Carolina. She initially attended Glenwood Elementary, but within a year, her parents sought an experience similar to what she had at the Walden School in Pasadena. 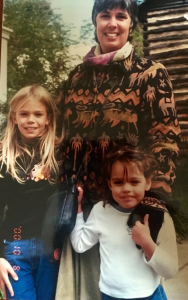 And so, starting in 2000, Burch-Hudson and her younger sister Elizabeth enrolled at MCS. The elder sister was in Peter Piche’s Upper Elementary class through 2003, when the family relocated once more to Missouri. There she would spend all of her middle- and high-school years at the selective and rigorous Columbia Independent School before returning to her first home region at the University of Southern California.

Even with the time elapsed, multiple changes of address and added ornate layers to her academic resume and beyond, Burch-Hudson appreciates the upgrade she got on her early elementary foundation through her transfer in the Triangle.

“MCS really sparked my love for learning and being outside,” she said. “Whether it was building a lean-to in the woods to learn about early humans or carefully caring for the elephant ear plant and the small tree frogs it housed to learn about ecosystems and biology, MCS instilled in me an awe for nature and a love for experiential learning. 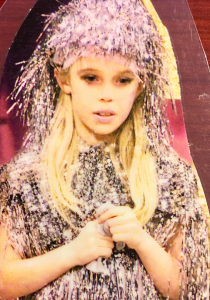 “Looking back, MCS also strikes me as a place where I felt very safe being myself. The community created at MCS through the encouragement of teachers and the camaraderie of my peers is invaluable in its welcoming nature.”

The company’s website reads, in part, “Our staff hail from more than 350 distinct academic disciplines and fields of study. We deliberately construct diverse project teams so that multiple perspectives are voiced.”

As an entry-level event planner, Burch-Hudson presently concerns herself with preparing convention rooms of capacities as high as 200 people. Catering and audiovisual equipment are merely two of the marks of RAND’s respectability on her checklist.

“I have always been drawn to logistical coordination work,” she said, “but I wanted to put those skills to use as part of an organization with a mission focused on international development and social justice.” 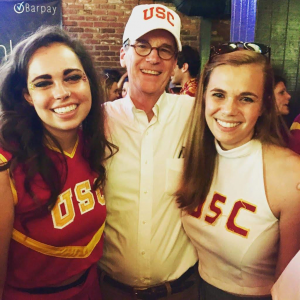 An eventual international relations major at USC, Burch-Hudson got an early impression of, and appreciation for, differing backgrounds and viewpoints and the common traits therein at her second North Carolina grade school.

“I would say that the most valuable thing MCS gave me in terms of diversity was providing a safe space for different types of opinions to be valued,” she said. “The MCS community and teachers were very good at facilitating discussions where everyone felt heard and appreciated. This meant that a variety of opinions could be represented through class discussions.

“The ability to empathize and listen to people with different perspectives has been an incredibly useful skill when connecting to people in other countries.”

At her current job, Burch-Hudson is part of a network linking representatives from 50 countries combining for 75 native languages. In the intervening decade-and-a-half between her departure from Durham and arrival at RAND, she practiced that crucial quality of open-mindedness beyond her comfort zone. And whether it has been stateside or abroad, she has committed to hands-on studies at each stop on her path. 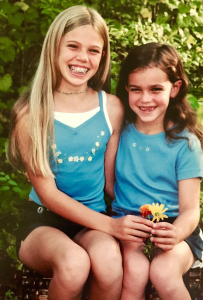 “I credit my Montessori education for my creative problem-solving skills and my love for learning by doing,” she said. “The Montessori Method allowed me to find solutions to problems that made the most sense for me and gave me the confidence that there always was an answer, even if it was not the perfect, typical one.

“If I came across a problem in my future education, I always knew that I would be able to find the answer.”

Her transcript corroborates that assessment. By the time she graduated from CIS, Burch-Hudson had garnered National Merit Commendation while playing two sports and rising to the student-council presidency. Along the way, she had earned such accolades as National Society of High School Scholars membership as a junior and a nod from the Duke University Talent Identification Program in middle school.

For two portions of her senior year, she took a break from campus and her home continent. In 2009-10, she spent a month apiece in Australia as part of a student exchange program and in South Africa on a Be the Change construction mission.

Between those journeys and her leadership of the student body, she cemented an early foundation in diplomacy. 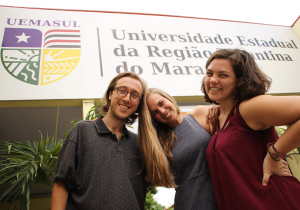 By the time she graduated from USC in 2014, she had added Brazil to her overseas resume. Within the following year, she stopped in two Spanish communities, teaching English to children in the elementary and pre-adolescent age range while picking up on the local language.

For the better part of last year, she was back in Brazil, where she served nine months as a Fulbright English Teaching Assistant.

“I became an older sister at four years old, and have always enjoyed the role of being a nurturer,” said Burch-Hudson, who also taught underprivileged Los Angeles-area high-school students during her time as a USC undergrad. 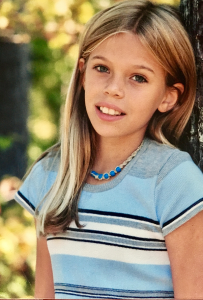 Of the early preparation she picked up for that at MCS, she added, “I definitely enjoyed the mixed-aged classrooms and continuing to be able to play that role as a mini-mentor to my peers. I remember thoroughly enjoying working with younger students in both the mixed age classroom and the school as a whole.

“I also enjoyed having older students in my classroom to learn from. I think the mixed-age classrooms also allowed students to learn at their own pace because small lessons were separated by level not necessarily by age so there was less shame if you weren’t learning a particular subject at the same pace as other students in your exact grade.

“While working in Brazil, we emulated this model by often having the students who were stronger English speakers help lead the classes and small groups of their peers, creating a culture of empowerment and team learning.”