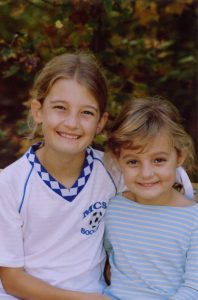 The Dempsey sisters have been bookending the BosWash megalopolis of late.

The elder, Lucy Dempsey ’08, is a two-and-a-half-hour drive away from the nation’s capital, in her first year of law school at Washington and Lee University in Lexington, Virginia. She ultimately hopes to settle back into D.C. proper — where she previously spent one summer plus an interlude between her undergraduate and postgraduate studies — and pursue a career in technology law.

Meanwhile, a 10-hour drive up, her younger sister, Alice Dempsey ’13, is embedded in Greater Boston as a sophomore at Tufts University. There she is majoring in computer science and leaning toward bringing her skills to a small business or non-profit organization.

The geographic and vocational discrepancies between the Dempseys illustrate a stark break from as recently as three years ago. When Alice was a junior at Durham Academy, Lucy was also still spending the bulk of her year in North Carolina, rounding out her undergraduate tenure at Davidson College.

But when her own time came to choose a higher-education path, Alice went north. It was the first time she elected not to follow Lucy’s trail after attending the Montessori Community School from the Primary to Adolescent levels, then spending four decorated years at DA.

And yet, nearly six years after the younger Dempsey graduated from MCS, the visible contrast between the siblings’ decisions reaffirms their common start.

“It’s no surprise to me that Alice and I have pursued distinct paths,” Lucy said. “MCS obviously does not set you up for any particular ‘career.’ It gives you the opportunity to pick the one you want and do it well.”

In all, the Dempseys lent their bloodline’s presence here for 15 years, including four together. And their family still communicates, interacts and even spends Thanksgiving with fellow former Mustangs. 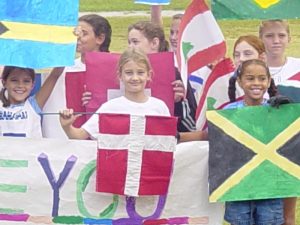 Lucy entered the primary program at age four in 1998. When Alice followed suit in 2004, the sisters could initially expect two overlapping years on Pope Road.

But then MCS inaugurated its Adolescent Community, granting Lucy two extra years of eligibility. She made the most of that extension, amounting her MCS stay to “a formative 10 years with the same core group of classmates.”

“Being a part of the first Adolescent Community was a fantastic opportunity,” she added. “We learned along with the teachers as they tried out new curriculums, grading rubrics and approaches.

“We also had a chance to enthusiastically participate in the most extensive, ambitious and adventurous Odyssey Trips ever done at MCS.”

By the time Room 603 was ready for another Dempsey, the Adolescent program was tried and true, and had added a third teacher. As it did with Lucy, it left more adhesive on Alice’s MCS experience as it bridged her to DA and beyond.

“MCS expected you to always do your best work,” Alice said, “and maintaining that attitude in high school and college helped me succeed academically.

“I think that I value my personal assessment of my understanding more than a letter grade because of MCS’s, and especially the Adolescent Community’s, grading system. By having a range of grades, we learned that you can always do more and go further.” 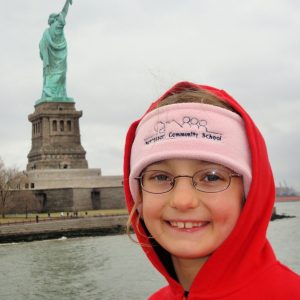 Outside of her syllabi, Alice keeps her edge in her major by working with JumboCode, a student-run club that, in her words, “creates apps and websites for local non-profits, and we’re wrapping up a sign-in-sign-out app for a food bank this semester.”

When she is not engrossed in technology, she is variously competing for the Tufts ballroom dance team or holding a fellowship chair for the school’s chapter of the Protestant Students Association.

Of her recollections beyond the MCS classroom, she all but echoed her elder sister in saying, “We both loved the Odyssey Trips and Senior Solo experiences.”

The last of those trips took Lucy and her fellow 2007-08 eighth-year students to Roatan, Honduras. It was her chance to build on her proficiency in Spanish, further her fascination with Hispanic studies and whet an appetite for more firsthand international education.

Of her groundbreaking 2008 MCS trip, she recalled, “We practiced our Spanish by interacting with Hondurans and playing with local kids at an after-school program. The entire experience, from sleeping in huts perched on a giant piece of coral to swimming with dolphins while looking out at the gorgeous ocean, sold me on the idea of pushing myself to go abroad whenever the opportunity presented itself.”

It did when she was a junior at Davidson and spent a semester in Madrid. Back stateside, she volunteered as a Spanish teacher at Davidson Elementary School during her sophomore, junior and senior year. 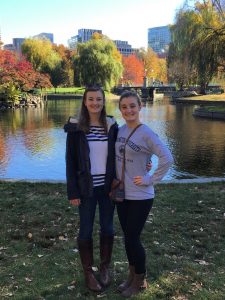 Still approaching the halfway mark of her studies at Tufts, Alice is practicing some pedagogy herself. And just like Lucy, she is utilizing some MCS takeaways in the process.

As a teaching assistant in a course focused on data abstractions and algorithms, Alice keeps office hours and guides her peers through debugging. When she started taking the class (Comp 15: Data Structures), she had a more vivid flashback to the Montessori approach than she has any other phase of her post-MCS education.

“The labs used to be graded on a three-point scale,” she explained. “Zero if you don’t show up, one if you don’t really try or complete the exercise, two if you do (mostly) everything right and three for a particularly elegant response.

“I was immediately reminded of the Adolescent system of having ‘reach’ grades that you almost never actually received, but served as encouragement to go the extra mile. I worked hard in the labs when I was a student and got solid twos.”

Of her new role as a TA, she offered, “It’s forcing me to really learn the material. It reminds me of being a third-grader and helping the younger students with their work at MCS.”

Lucy still has her own ways of carrying on a key mantra from her days as a Mustang. “If you can explain it to someone else, you understand it better yourself,” she remembers being told.

“Since first grade, I learned to recognize the benefit of learning through collaboration,” she said. “This was encouraged by having all three grade levels working and living together in one classroom, with the ‘Elders’ often putting in an educating role for the younger children.

“Even now, with topics in law school, I often puzzle through difficult contracts and hypotheticals or double-check my notes with other students, trading knowledge, perspectives and ideas.”

Fast-forward to her immersion in the rigors of law school this past fall. While studying Supreme Court precedents for civil procedure, she tested her grasp in a phone call with her parents. For two hours, she relayed everything she had absorbed from the cases and fielded grueling feedback.

“I was shocked by the simple, yet crucial, questions (my parents) asked me,” she said, “and often realized that I did not know the answers and needed to keep studying.

“Before finals, I sought out a study group and spent hours in a classroom with peers learning and explaining concepts together until we knew the material back-to-front.

“I think this principle of ‘give and take’ has defined the way I approach all situations — as opportunities to both learn from and teach others.” 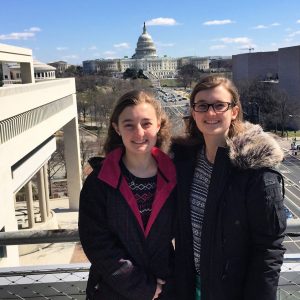 Theoretically, the Dempseys could one day benefit one another on their respective professional paths. Between Davidson and Washington and Lee, Lucy spent two years at a D.C.-area firm that specializes in privacy and data security, both indispensable assets in Alice’s intended field.

“What I love about computer science is making useful things,” Alice said. “So no matter where I go, I’m going to try to do that.”

But even if their work does not intersect, the sisters are proud to each represent their first school their own way.

“MCS prepares you for whichever direction you want to go in,” said Alice, “and it gives students a lot of freedom when they’re young to spend time doing what they want and learning what they love the most.

“My sister and I are different people, but we are both pursuing paths we’re excited about and feel prepared to tackle.”