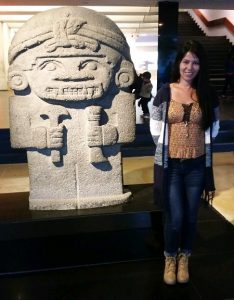 This Saturday, July 20, marks Independence Day for Ingrid Caudle’s homeland. Much like the United States from Great Britain on July 4, 1776, Colombia declared itself a separate nation from Spain in 1810.

Besides their July birthdays, the U.S. and Colombia have a penchant for coffee. The former is among the top 25 coffee-consuming countries, while the latter is the world’s third-leading producer. But for all Colombia exports, it keeps plenty for itself, so much so that Ingrid fondly remembers herself and her mother each routinely having a cup in bed to start their day.

In addition, both countries have a national capital whose name can be punctuated with the initials “D.C.” Bogotá, Distrito Capital is Colombian’s government and commercial epicenter.

Ingrid, who will enter her fourth year as the school’s Spanish specialist this autumn, spent nearly the first 27 years of her life in Bogotá. She first learned about the Montessori method while working toward her bachelor’s degree in languages at La Salle University and later “fell in love” with the concept while working at a Montessori children’s house.

“I decided that I wanted to work in a school where I could learn the method and, at the same time, also teach Spanish,” she said.

An online posting from MCS signaled her desired inlet to that job. But it only advertised a portion of the place’s appeal. When Ingrid visited the campus and soaked in its natural splendor, she told herself, “I could never have a bad day at MCS because just looking at the landscape will make me happy.”

Nature is a point of pride for Colombia. Its range of ecosystems is the most diverse in the world, featuring the Amazon rainforest, Caribbean and Pacific Ocean coasts and towering mountains.

In North Carolina, one need not travel far for satisfactory simulations. When Ingrid makes the 200-mile journey from the Durham-Chapel Hill area to Asheville, the cityscape interspersed with mountain peaks evokes her native locale.

“I especially remember the most beautiful place in Bogotá called Monserrate,” she said. “It is a small town located on the top of a mountain, and, to get to the town, you have to walk up 2,350 meters. During the journey, you can see beautiful panoramas of the entire city.” 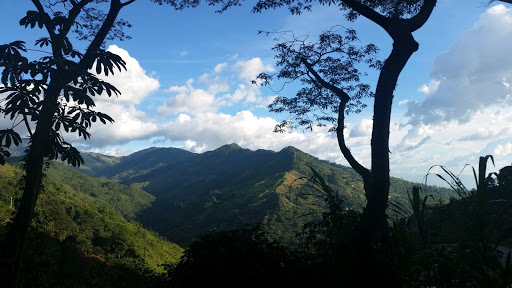 Where a touring North Carolinian may think Asheville, scholars of world cultures and history think Greece. While Ingrid admits its lofty status has waned a little since its 19th-century blossom, Bogotá is nicknamed “The South American Athens.”

In the decades following Colombia’s Declaration of Independence, the capital grew rich with libraries, museums and higher-education institutions. Its population proliferated during that stretch, and tourism is still sound for continued and modernized gatherings of enrichment.

For two and a half weeks every even-numbered year, Bogotá hosts the Ibero-American Theater Festival, the world’s largest and most comprehensive celebration of performing arts. Every year, the city witnesses Rock al Parque, a free-admission outdoor music festival that has grown to include artists from around Latin America plus the United States and occasionally overseas.

Since 1988, Bogotá has also held an International Book Fair, which helped earned the city UNESCO’s recognition as a World Book Capital. The local affinity for reading has certainly stuck with Ingrid, who singles out the late Nobel Prize in Literature winner Gabriel Garcia Marquez as her favorite Colombian author.

Garcia’s 1967 novel, One Hundred Years of Solitude, was first published in Argentina and went on to win a host of accolades in other countries, including the U.S. For Ingrid, the story of the Buendía and their founding of the fictional Colombian community of Macondo stands out for its “magical realism.” 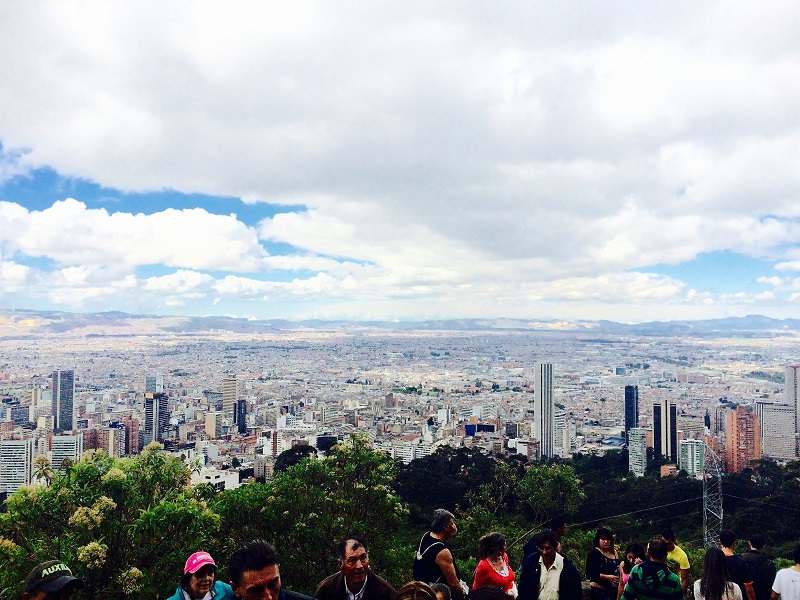 During her own upbringing, Ingrid set her professional foundation by living up to lofty expectations and producing eye-catching work in her humanities courses. The resultant encouragement from her teachers would inform her own approach to education and eventual enthusiasm for the Montessori Method.

“Education in Colombia always seeks excellence within its students,” she said. “I remember and appreciate my childhood teachers because I learned from them how to be a disciplined student, how to have a good work ethic, and also how to be a hard-working student.

“I especially remember an event that happened when I was in the fourth grade. My teacher was reviewing our notebooks and she noticed that mine was very organized, with bright colors, and a neat handwriting style. She congratulated me in front of my peers and inspired me to always have an excellent work ethic in everything I do.

“Now that I am a teacher, I realize the importance of recognizing my students’ virtues so they can be inspired to become a better version of themselves, as I was.”

Montessori’s emphasis on what Ingrid calls “the cultural component in a curriculum” is another crucial driver in her culture. She is free to 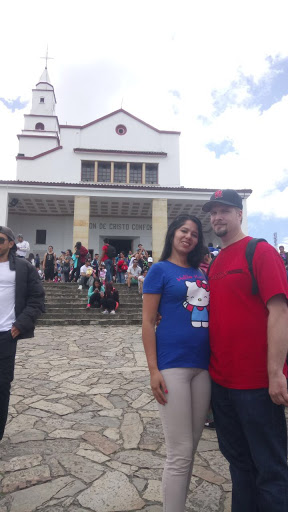 bring cooking, another one of her outside interests, into the syllabus and bring a piece of her homeland to life for the class to see.

“It is a great way to honor the memories I had with my family in my youth, she said. “I also think that it is a fun way to connect students with traditions, customs and daily life in a foreign country. This is where, in my opinion, the Montessori method helps to make those experiences more fascinating and enriching.

“It is well-known that the cultural component of the Montessori curriculum is one of the most unique aspects of a Montessori classroom because children have the privilege to connect with and explore the diversity of other communities.”

With the MCS Spanish syllabus, diversity means more than teaching another tongue to American students. Besides aspects of her Columbian culture, Ingrid will highlight customs unique to other Hispanophone nations.

In particular, on November 1, she oversees the Mexican-inspired rituals of El Dia de los Muertos, or the Day of the Dead. Those who observe the holiday celebrate the lives of loved ones by building shrines and offering gifts that defined the deceased in their Earthly lives. This past year, Ingrid’s classes honored their own departed family and friends in the same fashion.

“I have recently heard that several students have made their own altar in their home inspired by the activities we do at school,” she said. “I am very happy every time I hear stories like this because I know that my work is well done and I’m inspiring others.”