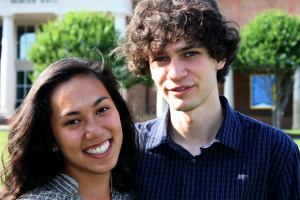 Coursicle, the Chapel Hill-based co-creation of Joe Puccio ’08, has not generated an original Twitter post in nearly a year. It only speaks out of necessity, and for the benefit of its customers.

To that point, the college class schedule planning app last offered its own words on March 27, 2018. It wanted to introduce and explain a new way to navigate its service via “schedule view.”

“Just search for the class you want to take and hover over each section to see how it fits with your schedule!” touted the tweet.

Since then, Coursicle’s only visible Twitter activity has entailed sharing almost two dozen endorsements. Users who have found an efficient and effective way to tame the rigors of registration frequently dub it “a lifesaver,” “a blessing” or a related expression.

And the retweets are only the notes of approval the original poster intended for the world to see. Countless other Coursicle customers, who come from a pool pushing 300,000, express their gratitude privately.

When Puccio reads that, he hears it and feels it because he started living it six-and-a-half years ago. His own frustration with course selection as a new student at the University of North Carolina-Chapel Hill prompted Coursicle’s precursor. The empathy he consciously applies to the service sweetens its success.

That intangible principle stems from his years of studying under the likes of Peter Piché at the Montessori Community School.

Piché, who is now a leadership coach in Minnesota and has served as a consultant to the American Montessori Society, overlapped with Puccio at MCS for nine years. The two worked with one another in their respective capacities at the Lower Elementary, Upper Elementary and Adolescent levels. 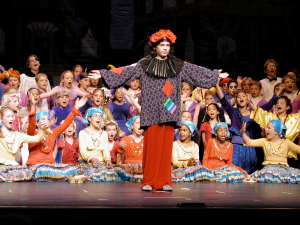 “Peter cared about more than just making us great students, he wanted us to become great people,” Puccio said. “The capacity for empathy that he instilled in me at a young age has permeated and enhanced every aspect of my personal and professional life (you can’t create products people love without empathy), and so I owe a lot of my success to him.”

On the practical side, the freedom to stick with complex enterprises for as long as necessary yielded long-term dividends. This was especially palpable when it came to transferring copious data from PDFs to the Coursicle platform.

“One thing I think MCS allowed me to develop was my ability to persevere on a particular problem or project,” said Puccio. “Because of the way the day and culture is structured at MCS, I was able to work on long-term, independent projects for hours at a time each day over the course of weeks while at school, which wouldn’t have been possible elsewhere.

“Not only was this permitted by my teachers, it was encouraged, and that spirit of working on extracurricular projects and the perseverance to see the projects through to completion are still with me today, and both were essential components for Coursicle to get started.”

With the capacity ready for action, the incentive to create a better course-registration program came almost as fast as Puccio’s UNC-Chapel Hill orientation. In the fall of 2012, Puccio was all but salivating over the promise of freedom to select classes from a deeper catalog in accordance with his academic ambitions. That range of options and autonomy had been sorely lacking in high school. 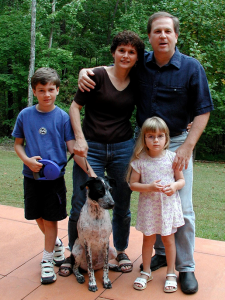 But, at least to start, instead of freely customizing his course load, he ran into something he thought his high-school commencement had ended — limitations.

As the University of Georgia’s student newspaper reported in a feature on Coursicle this past November, Puccio devoted nearly seven hours to arranging his first college class schedule. That marathon, however, yielded one of the five sections he sought.

“The catalog of courses was plenty broad,” he granted, “but I was shocked that when we went to register for classes, the competition was so high it was likely you’d only get into half or fewer of the classes you intended to take.”

Puccio would literally not sleep before at least crafting a prototype for something better. On the same night as his first semester’s registration, he began designing a texting service that would send its subscriber an alert when a preferred class opened a slot.

When a friend encouraged Puccio to share the wealth, classchecker.com was born and opened to the UNC-Chapel Hill student body for the fall 2012 semester.

Membership on classchecker.com hovered around 900 at the end of its pilot run. One semester later, participation doubled to roughly 1,800 students.

For its second year, Puccio expanded his idea to uncclassfinder.com, which he co-created with girlfriend Tara Aida. Though immersed in her own undergraduate studies at Harvard, Aida teamed up with Puccio to formulate each other’s class schedules. At her behest, they launched the new site where students could structure their semesters based on their classchecker.com findings.

By 2015, the services formally merged, giving rise to Coursicle. By that point, as a rising senior, Puccio saw enough quantity and quality to make Coursicle the catalyst of his professional life.

Since going pro, Puccio and Aida have doubled their team, and they intend to hire another employee later this year. In addition, as the service’s site explains, “We’ve had to replace our texting service with an app due to increased demand.” Although the classchecker.com precursor, a free WordPress platform, remains in cyberspace “for sentimental reasons.”

“Our user growth and what we heard from users made it clear that we were solving a really big pain-point for students,” said Puccio. “And we were starting to have students from other colleges emailing us asking about expanding to their college.” 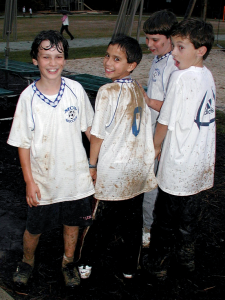 Puccio and Aida started with modest expansion ambitions, but demand snowballed in a hurry. Participation went from more than 200 universities in October 2016 to 700 in March 2018.

As of early 2019, the mark has eclipsed 850. And after initially concentrating in the Southeastern U.S., Coursicle lends one or more aspects of itself to at least one school apiece in 49 states plus five schools in Canada. Five Ivy League institutions utilize the “Get Into Classes” app. All eight feature the “Plan Your Schedule” program.

Part of Coursicle’s recent surge is owed to the demise of MyEdu, a similar service that used to thrive chiefly in Texas. Coursicle made a habit of swooping in to fill the void as schools gradually began cutting ties with MyEdu, which disbanded altogether in March 2017.

“But the majority of our growth over the years has been word of mouth between students,” Puccio said.