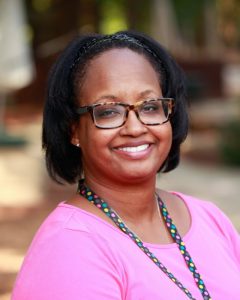 Along the Durham-Chapel Hill borderline, the names Hayes and Hale mesh with Montessori education like Ben and Jerry with ice cream. Like Disney and Pixar with computer-animated family blockbusters. Like Barnes and Noble with book sales.

They represent one family, unequivocally happy where they are and showing it with their vast and varied output.

Rochelle Hayes, a Primary Teacher at the Montessori Community School who has sent sons Jon Hale and Nick Hale here for as long as possible, admits it will be tough being the household’s lone daily presence on campus next year. Jon graduated in 2015, as will Nick in 2019.

Although, if Jon’s adhesive attachment to his alma mater is any indication, the Hayes-Hale family will keep seizing every opportunity to renew acquaintances at school events. Jon has loyally continued to attend the annual Adolescent Production, as have several other recent Mustangs. As Rochelle observes, the midwinter gatherings at the Carrboro Arts Center “are like mini class reunions.” 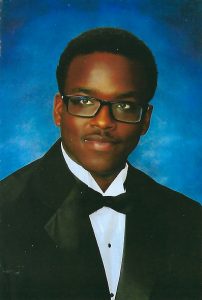 Jon’s active support for Nick and his peers speaks to the difficulty in letting go of MCS entirely. That comes as no surprise given that he effectively started his family’s association with the school 13 years ago.

Six years before Rochelle started teaching here on a permanent basis, Jon entered as a Primary elder in 2006, joining Mari Lindsay’s class in Room 201. Nick followed suit in 2009, entering the same section, albeit one year earlier in his upbringing.

Both Rochelle and Jon had prior experience as Montessori students, and after thoroughly scouting the region, this was Rochelle’s choice for her son when he exhausted his eligibility at his first school. As it happened, that previous preschool-only institute was run by a past MCS faculty member.

“I had a wonderful Montessori experience as a child, and I wanted that for our sons,” Rochelle said. “My husband (Christopher Hale) understood how important it was to me, and was incredibly supportive as I researched and visited every Montessori school in the Triangle.” 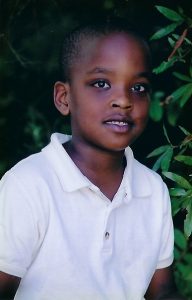 Jon’s parents put his hat in almost every ring, and he would be offered admission everywhere they tried. That success turned the tough choice back on the Hayes-Hales, but one place won out for its welcoming atmosphere that touched the family’s resident Montessori alumna’s sixth sense.

“MCS just immediately captured my heart in a singular way that I couldn’t fully articulate,” said Rochelle. “Whenever I was on campus, it felt like home, like it was where my sons were supposed to be. There really wasn’t any other choice. I just knew.”

After Jon enrolled, Rochelle’s own bridge to a regular position here was plenty smooth. Six weeks into the 2006-07 school year, she answered a request to serve as the PTO secretary. Amidst a five-year run in that role, she established and headed the Families Welcome program, oversaw the props for the school opera and variously wore the hats of auction committee member, trustee on the board, front-office fill-in and utility substitute teacher.

In 2012-13, she landed a supervisory slot in Primary Late Day, followed by an assistant-teaching role in Sue Ferrari’s class. In 2015, she began pursuing her IMC/MACTE certificate at the Center for Guided Montessori Studies, completing the curriculum the next year and subsequently becoming Ferrari’s co-teacher. She has since stayed with the same Primary section through one classroom relocation (102 to 203) and one personnel move, as Annie Green replaced the retiring Ferrari this past year.

“For a while, the Hayes-Hale family always seemed to be at every single MCS event because either Jon, Nick or I needed to be there in some capacity,” she said. “Board meetings, class picnics, choir concerts, auctions, back-to-school nights. You name it, we were there. Our family calendar revolved almost completely around the MCS calendar for many years.”

Figuratively and literally, the Hale brothers have made a point of making a splash or more at MCS. As far as Rochelle can tell, field days have always elicited their utmost exuberance, “especially the water-balloon fight at the end!”

Similarly, before his senior year in the Adolescent Community began, Jon had the honor of dumping water on his mother for the Ice Bucket Challenge. That good-fun-for-a-good-cause moment lives on in the MCS Facebook archives.

Elsewhere, when he was not testing his mental mettle in the classroom or chess club, Jon expended his athletic energy through soccer, volleyball and Ultimate Frisbee. Despite this love for sports, he has since resisted any pressure from peers and coaches to play high-school football. The so-called thing to do is not necessarily his thing, and he feels free to forge his own path to fulfillment. 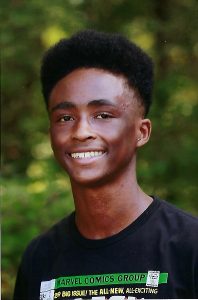 On the flipside, the Hales have honed a habit of leaving their comfort zone if and when a tempting activity spells potential for personal growth. To that point, at his first Adolescent Place Study in October 2017, Nick — who followed Jon to the chess club and Ultimate Frisbee team — told his peers and their parents about overcoming his hesitation to dance at a wedding.

Since the event he recounted, he has taken Jazz Dance at MCS and, in his mother’s words, “doesn’t even think to wonder who else will sign up.”

Of both her sons, Rochelle said, “I am convinced part of the reason they know themselves so well and are so unapologetic about being true to themselves is because they were given the time and space to do it on their own terms throughout their time at MCS.”

Fittingly, in his final year here, Nick has demonstrated another example of his independent evolution before Rochelle’s eyes. Every Friday morning in 2018-19, the Primary rooms have opened their doors to Adolescent visitors. What started with reading sessions has expanded to bridging the school’s youngest and oldest student age groups in any activity of the former’s choosing.

“I’ll show an Adolescent how to do a work with my students, and they will try to replicate my steps so diligently,” said Rochelle. “I can tell they are trying to do it ‘just right,’ which I appreciate. But then the Primary students remind the Adolescents how much fun it can be to view the world with wonder and joy, to get out of their heads a bit and just be.” 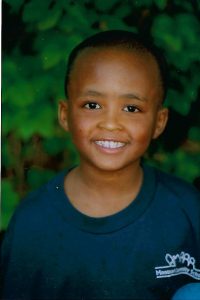 For Nick, this has meant going from someone who, in Rochelle’s words, “historically has not been a big fan of younger children” to a willing big buddy.

“Even he cannot help but respond to the excitement (the Primary students) show when he comes into the room,” Rochelle said. “He engages with them much more readily now than at the beginning of the year and reaches out to those who seem shy or sad. I think he has discovered these little people are pretty cool after all.”

For Rochelle, seeing her own offspring work alongside her students lends an extra dimension to her all-around enrichment via MCS.

“It’s given me a more nuanced perspective, ultimately making me a more effective parent and teacher,” she said. “I know what it means to want your child to have the best possible educational experience, as well as all the work that goes into providing that experience.

“I see the school as creating the space for parents and teachers to come together in service of the children, reminding us that we’re all on the same team.”