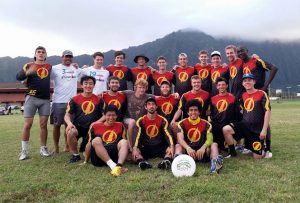 The too-late-for-his-time arrival of an Ultimate Frisbee team may be Trevor Howarth’s greatest regret regarding the Montessori Community School.

During this calendar decade, he and his pre-K-through-adolescence alma mater took up the game separately. While he devoted his extracurricular minutes at Stanford University to play for the Cardinal flying discers and moonlight as the team’s financial officer, the Mustangs were coming into their own on the Triangle Ultimate middle-school circuit.

With that said, upon learning about MCS’s first-place finish at this past February’s postseason tournament, Howarth burst with proud punctuation.

“That’s amazing!!” he remarked via email. “I hadn’t heard that MCS even had an Ultimate Frisbee team!

“Unfortunately, we only had a soccer team when I was there. But the Triangle is a national hotbed of Ultimate Frisbee, and it’s awesome that MCS is getting involved. I’ll definitely have to show up to a game next time I’m in town!” 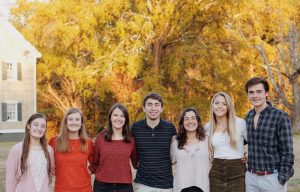 For understandable reasons, getting here when the team is playing is more a question of if than when. Howarth, a lifelong Durham resident prior to college, comes home for Thanksgiving and other marquee occasions — which, according to his fellow 2009 graduate Lucy Dempsey, often entail mini-reunions with other MCS families. But he is otherwise keeping busy around one of America’s technology hotbeds, Silicon Valley.

Howarth has been in California for as long as his first full-time employer, and the two were never really supposed to converge. The Jaunt technology development company first set up shop at its San Mateo office in 2013, the year Howarth enrolled at Stanford. 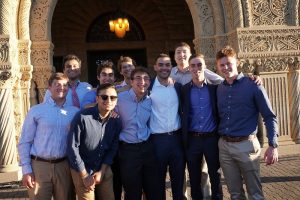 A physics major and computer science minor, he encountered Jaunt at a career fair and subsequently met with a company representative on Stanford’s campus. The start-up’s focus did not correlate with his primary discipline “on the face.”

But as he recounts, he was intrigued to see the how company gears itself toward “attempting to solve very difficult problems, and many of the skills needed to attack these problems are similar to the ones needed to solve problems in physics and electrical engineering.”

After completing his master’s degree last spring, then interning at Etherdyne Technologies, he joined Jaunt as a research assistant. He is one of its three entry-level engineers and one of six employees in the research department.

To hear him describe his early impression of the office’s vibe and work philosophy is like listening to an early adult-life remake of the MCS experience. 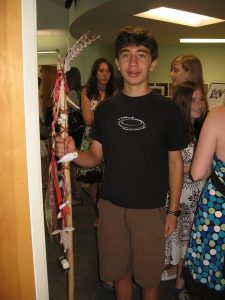 “At the core of both is the belief that collaboration is essential to progress,” he said. “That we do more to help each other than to distract one another. I really like both because they foster assistance between peers and the building of friendships.”

Having been on a first-name basis with his teachers for 11 years, then breaking from that custom for nine, Howarth was also ready for another tight-knit, laid-back environment conducive to productivity.

“At a smallish tech company like Jaunt, no one feels uncomfortable chatting casually with the CEO or being vocal with any member of management,” he said. “This casual atmosphere emphasizes the importance of every team member.”

Likewise, at MCS, “The students were not mere receptacles for knowledge. They were active in guiding and shaping their own instruction.” 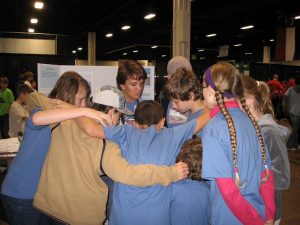 Howarth admits his evolution on Pope Road went from “crying my eyes out every day for the entire first week” as a newly enrolled three-year-old in the Primary program to embracing Michelle Widd’s rigorous, co-customized science labs at age 13 in the Adolescent Community.

Of the latter, he said, “A lot of students will tell you that her lab reports were harder than anything they had to do in high school.”

He got used to that level of demand, then restless when the rigors receded. To start his post-MCS ride, Howarth attended Jordan High School for two years.

Despite his deference to Jordan’s plus points, he craved a greater challenge in his established academic forte. He found it in due time via the North Carolina School of Science & Math.

The Durham-based NCSSM is a two-year public residential high school, the first of its kind in the United States. Its densely diverse student body represents North Carolina at large, engages in a variety of culturally educational festivals and includes community service among its graduation requirements. 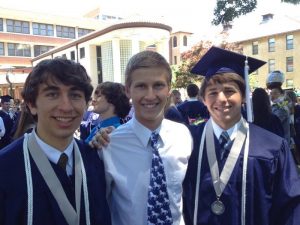 “Both schools felt that helping others was extremely important,” said Howarth, likening NCSSM to MCS. “In both cases, the students were generally well-off and comfortable in life, and both institutions emphasized the importance of helping our peers and those less fortunate than us.”

Upon discovering his interests early in life, Howarth observed and pitched in on projects with his father and electrical-engineer grandfather. At his first school, he found a mutual impulse with the faculty to help build something, whether it was a machine or a mind.

“I always felt like my teachers were companions in my quest for knowledge rather than adults telling me what to do,” he said. “They truly listened to us as students and did everything they could to teach us what we wanted to know.” 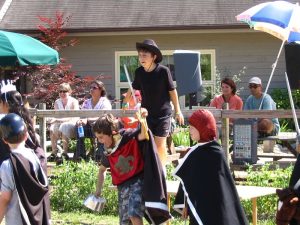 While in Upper Elementary, he found extra avenues to further his proficiency in math with the help of Gray Baker. He later started meeting with the late Dave Carman for additional exercises every week.

“He showed me how important it was to use your time to help others,” Howarth said of the former head of school. “Even though he was quite busy running the school, he made the time to help me nurture my passions and was always available to me or any other student. This is something I hope to emulate in my own career as I gain the experience to become a mentor to others.”

He got a valuable start on that front during his postgraduate year at Stanford. For the fall of 2017, he served as a physics teaching assistant, then was elevated to the program’s head position for the spring semester.

His work yielded a share in the university’s annual Centennial Teaching Assistant Awards for excellence in instruction. It was also a throwback to Lower and Upper Elementary, where students of three consecutive grade levels give and take. 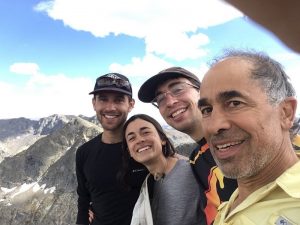 “Although the TA position is more formally about teaching, it shares a lot with the student-to-student instruction at MCS,” he said. “As a TA, I was more or less the same age as the people I taught, and I would treat the students as peers.

“I think MCS did a lot to inform my mannerism when helping peers and teaching. How to guide people without giving away the answers, how to correct people without being patronizing, et cetera.”

Mindful that no two engineering projects are alike, and thus come with a learning curve for all involved, Howarth expects to sustain the teacher-student hybrid label for the long haul.

“I would never want to solely be a manager,” he said. “I get a lot of joy out of creating things and solving problems myself. But I think it would be really valuable to help steer the direction of whichever company I work at rather than just implementing the directives of those above me.”