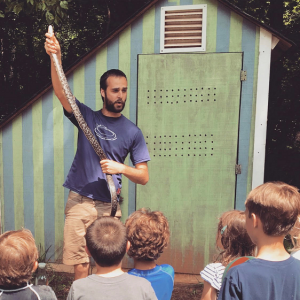 For roughly three quarters of his existence, he has been there in one capacity or another. Based in the Durham County community of Bahama, the camp caters to children between the ages of five and 12, and Harris first enrolled at age six.

Upon exhausting his eligibility as a camper, he promptly switched to volunteering as a one-year bridge on his transition to counseling. He served seven years in that department before moving up to assistant program director. From there, it was only a matter of the head program director moving on before Harris elevated to that post.

With the first of three annual sessions underway, his fifth camp season as program director and third decade at Riverlea overall has begun in earnest.

“I’m still at Riverlea for the same reason I kept coming back as a teenager,” he said. “I can continue to improve the experience.”

From his perspective, that largely entails tending the little things. As this year’s preparations — a six-month process dating back to December — were coming down to the wire, he sprang for a second microwave to have in handy. He has expanded his colleagues’ breadth of activity planning resources. He has upgraded the furnishings and tweaked the arrangements thereof. Around key facilities this past offseason, he had the lighting improved in the first-aid center and installed an automatic watering system in the garden.

“Hundreds (literally) of those little adjustments, additions, and improvements have helped the camp evolve just as much as the singular, more visible big projects,” he said.

Yes, there are those attention grabbers, namely those the campers notice, as well. Since Harris became program director, Riverlea has installed a new challenge course and built a specialized teamwork-oriented program around it.

“It was cool to give back to a place I loved,” said Harris, “and to try to make the experience better for the current campers than it was when I was a kid. Not that it was bad, but there’s always room for improvement.”

The same can be said about the two places he spent his academic years growing up. They were each good to him when they serviced him, and he has since admired their continuous upgrades.

Though he was not there for quite as long, the two schools Harris attended throughout his upbringing hold places in his heart similar to Riverlea. When the camp is out of season, he works as a student-success tutor and academic coach at the Carolina Friends School. When he was a student, CFS was his next stop after he outgrew the Montessori Community School. 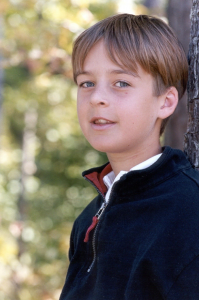 Coming into the world and to MCS when he did, Harris completed Upper Elementary too early for the advent of the Adolescent Community. As such, he could only remain a Meerkat (the Mustang’s predecessor as the MCS mascot) through sixth grade.

Still, having enrolled at the age of 21 months in 1992, he would log 11 enriching years. As far as influential guides are concerned, he fondly remembers Aurora Boyer from Primary, but the best was saved for last.

Of former Upper Elementary teacher Lynn Kruger, Harris said, “She saw me for who I was, and wasn’t fooled by my goofiness or antics. I can still see her giving me a watchful and knowing side-eye.” (He has similarly fond recollections of former Late Day guide Rana Albistawi.)

Of Kruger, he continued, “Lynn pushed me to do better and held me to a high bar that I could reach with effort. I could tell how much love she had for me in her heart, and that she was always in my corner. I still think about Lynn often — especially in my work with kids — and try to emulate her.”

To that point, the chief exception to Harris’s lifelong stay in the Research Triangle came when he attended Whitman College in Walla Walla, Washington. There he majored in Childhood Studies and expressly fed his ambitions to become a Lower Elementary Montessori guide.

As a sophomore, he took Education and Autonomy, a philosophy course that packed numerous readings from Maria Montessori into its syllabus. He subsequently pursued more assignments centered on Dr. Montessori’s works through independent studies and as his senior thesis.

“Reading Montessori’s writings was like reliving a dream,” he said. “Everything made sense because I had such vivid memories and experiences with the materials, principles, and methods described in her writing.”

Amidst his undergraduate stay in the Pacific Northwest, Harris also ventured to Denmark and Sweden for a semester abroad. There, on the one hand, he found a “surprising” dearth of categorical Montessori schools. Yet he also found appreciable similarities between Scandinavia’s approach to early childhood education and what he received on Pope Road.

“Nordic conceptions of ‘the good childhood’ leave room for children to play, learn, and be by themselves or with each other,” he said. “Adults have a reluctance to over-impose themselves, and deliberately leave room for kids to have their own world.

“Danes also value functional and beautiful design and have a long history of beautiful wooden furniture designed specifically for children. Despite the parallels in Danish childhood ideology and Montessori philosophy, there aren’t many Montessori schools in Denmark specifically, and Scandinavia more generally.”

Simultaneous subbing at his secondary alma mater across town parlayed him to the student-success program at CFS, where he has remained for every school year since.

Meanwhile, every summer back in Bahama, he sees his share of current MCS students as well as campers from other Montessori schools in the area. And whether it is at CFS, Riverlea, or elsewhere, he lives out the Montessori spirit in a variety of unseen, but crucial ways.

“Something I admired most about reading Dr. Montessori’s writings was her commitment to observation and iterative testing to discern what is essential, or at least important,” he said.

From qualitative data coding to tree felling, appreciating the nature of a person, object, phrasing, or statistic applies all the same. Universalizing that principle lightens the weight of the various hats Harris wears at camp or on campus.

When his duties are book-bound, he says, “The data means something beyond the words themselves, and my ability to discern, critique, self-evaluate, and try again was informed directly by the works I did at MCS as a student, and also by the wisdom of my teachers modeling the Montessori practice of understanding the nature of things (like me) beyond what is visible.”

For one of his more manual tasks, he must learn a tree’s individual traits and strategize its fall accordingly. In the name of “self-correction of error,” Harris will set his water bottle on the tree’s projected landing spot.

“The treetop’s final proximity to the bottle,” he explained, “is a good indicator of how well I understood the nature of the tree and its surroundings, and executed my plan.”

If that understanding can be better, he will work to make it so. Under that mentality, Harris is directing by example as he perpetually strives for step-ups.

“I love Riverlea for what it is,” he said, “but also for what it can continue to grow to be.”