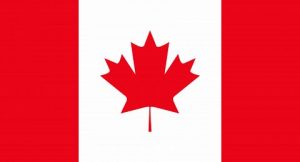 The first week of July packs a double dose of North American national festivals. Besides our own country’s Fourth of July, the first of the month marks the anniversary of Canada establishing its modern identity.

Besides their near-simultaneous celebrations of forming their own nation, both countries enjoy the geographic diversity of an Atlantic and Pacific coast sandwiching a vast prairie-, mountain-, river-, and lake-laden middle. (Although Canada, which is the world’s second-largest country in the area behind Russia, can claim a lot more on the lakefront. The rest of the world’s individual lakes combined cannot match the sum of Canada’s.)

In addition to those oceans and the longest international border on Earth, the U.S. and Canada share four Great Lakes and the Rocky Mountains, among other natural entities plus numerous human-created organizations. As an example of the latter, Montessori Community School Upper Elementary guide Melanie Leyden likes to note that Canadians own the Mall of America (located in Bloomington, Minnesota, a suburb of Minneapolis).

Among the current faculty at the MCS, one member hails from a Canadian coast, another from its expansive farmland with the Rockies not far away. 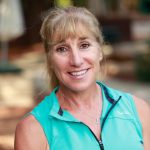 Sabine Howe, who has lived in the Durham-Chapel Hill area for two full decades and counting and has taught gym and coached several sports here since 2001, completed her undergraduate studies at the University of British Columbia in her native Vancouver. There she built on a childhood of endless, varied activity by playing on UBC’s volleyball team and the school’s first-ever women’s soccer team.

To that point, of Vancouver, she said, “(I) love everything about it. The mountains, the ocean, the incredibly beautiful northwest coastline, and most of all the people. I still have all of my friends from first grade here. We all went to the same Elementary school, same High school (which I also taught at for eight years before moving to NC), and then we all went to UBC.”

Both of MCS’s Great White North transplants represent their country’s penchant for rigorous, enriching activity. For Melanie, that was a fact of life growing up on a northern Alberta farm. Melanie, who attended the University of Alberta in her native Edmonton, came to MCS in 2008, starting as a guide in the Adolescent Community before moving to Upper El in 2017.

“My grandmother (Baba in Ukrainian) raised me until just before my sixth birthday,” she said. “I grew up roaming the fields around our house, playing out in nature with my cousins, and enjoying the freshest of foods that my grandmother prepared for me. We had a huge garden, a barn of chickens, a dairy cow, and a couple of horses. Everything she prepared for me was made from scratch and so delicious! 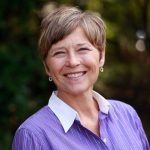 “I believe this is where my love for nature and wholesome foods began. I bring this with me to work each day. I enjoy sharing nature with children and adolescents. I love camping, exploring, and learning in nature.

“That is one of the reasons I enjoy practicing mindfulness in nature with my students and I absolutely believe and love the Solo experiences I have led at MCS. Furthermore, I enjoy incorporating gardening and cooking into our class work whenever possible.”

Of course, North Carolina’s climate is not conducive to recreating all of Canada’s offerings outdoors. British Columbia and Alberta’s skiing are still one aspect that sets Sabine and Melanie’s homeland apart. With that said, there have been some good-natured, even unifying U.S.-Canada athletic crossovers in her and Sabine’s time on the MCS campus.

When it comes to sports, most Americans are quick to make hockey synonymous with Canada. Sabine — whose P.E. students look forward to the floor hockey unit and occasionally join her and Melanie at local indoor ice rinks — grants there is ample merit to that association. Although, she notes that until 1994, lacrosse had singular status as Canada’s national sport. More recently, it has been distinguished as the national summer sport while hockey holds the crown among winter sports.

More often than not, at the annual Mini Olympics, Sabine (who officiates every event) and Melanie alike can be seen sporting a Team Canada hockey jersey. And every four years, when any sport pits the countries together for continental bragging rights in the Winter Olympics, the minority fan base on the MCS campus does not withhold its enthusiasm. 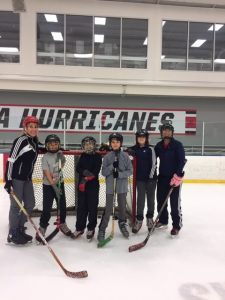 In 2014, the women’s hockey championship game in Sochi, Russia, took place during school hours on a Thursday. At the time, two students and four teachers had Canadian roots and were eager to see if their country would win gold for the fourth time in as many tries. Just the same, there were plenty of Americans hoping for their first Olympic triumph in the sport since 1998.

The latter looked more likely late in the game, as the U.S. was safeguarding a 2-0 lead. Still holding out hope, Melanie joined the rest of the Adolescent Community in hopping from one laptop to another every 15 minutes, tracking the action in real time.

Within the final three and a half minutes of regulation, Canada rallied with two unanswered goals. This led to a sudden-death overtime period, in which they completed their come back and put away the gold.

“One of the Canadian students ran up to the music room to inform his mom, who was a teacher from Toronto, Ontario,” Melanie recalled. “The news then traveled to Sabine in the gym and we were all on fire with excitement. There was a lot of excitement around the school on that momentous day!”

Outside of those competitive occasions, Melanie will help her American students get to know their northern neighbor upon request. Just as she lives out the grand opportunities the U.S. has provided her — first in California and now here in the Research Triangle — she shares a few points about Canada worth emulating.

“Canada is the most educated country in the world,” she said. “Over half its residents have a college degree.” In addition, “In Canada, bank notes have Braille-like markings on them for the blind.”

But maybe most crucially, especially in terms of compatibility with a Montessori and community philosophy, Canada is known to have “less violence.” Furthering that point, Melanie noted, “Canada has had no weapons of mass destruction since 1984, and has signed treaties repudiating their possession.”

Sabine concurs with Melanie’s points on coexistence, climate, and education. She noted that an estimated one of out every five Canadian residents hail from other countries.

“Canada is known as a very peaceful nation with a great worldwide reputation,” she added. “It often receives the top spot in terms of being the best place to live for quality of life in the world, has now adopted a country-wide policy of multiculturalism, and is regarded along with the United Kingdom as being one of the best places to study.

“It is also known for having a great variety of seasons throughout the year, giving you the chance to experience an amazingly warm summer and then a very cold winter.”

Sabine says this from Vancouver, where she is spending the national holiday with her family and friends on a day where the high will barely break 70 degrees Fahrenheit — or barely over 20 on Canada’s Celsius thermometer. (Amidst a protracted string of humid 90-degree days in Durham, that can easily come across as one of Canada’s enviable distinctions.)