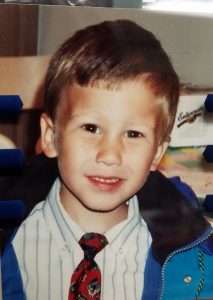 Sometimes the Montessori Community School’s greatest effects come to fruition on other campuses.

Ned Dibner was merely 13, and one year removed from graduating the Upper Elementary program, when he witnessed what is commonly called “the digital divide” as it relates to American education.

During Dibner’s time at MCS in the 1990s and early 2000s, computer usage in schools was a fairly primordial practice. As is the case even today at his first alma mater, plenty of learning happened away from a screen.

With that said, MCS has long made the most of its allotted technology. Dibner, for one, says he has “fond memories of teambuilding while playing the early computer game, The Oregon Trail, as a group” around the classroom computer.

Elsewhere, however, other schools have struggled to keep up with technological evolution. That reality dawned on Dibner after he aged out of MCS and finished middle school in the Durham public system.

With the help of his father, Mark, he sought a solution. The result is a nonprofit known as Kramden, a backward-spelled compound of the co-founders’ first names. 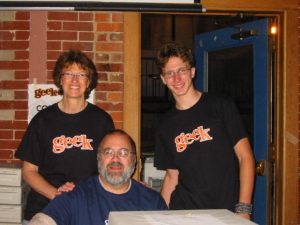 Kramden repurposes and refines whole or parts of used computers, giving them a second life as tools for underprivileged students. When the digital divide occurred to them, the number and the academic standing of those students in need startled and motivated both Dibners.

“The juxtaposition of going from an affluent private school to a lower-income public school was stark, to say the least,” said Ned. “I had learned unrealistic standards of fairness and equality, which became the driving catalyst for Kramden. Seeing others unable to get the same grades because they lacked access to a computer seemed unjust.”

As Mark recalls, the charity angle came out of the blue when the Dibners finished a father-son computer rebuilding project. He had purchased a motherboard on eBay, despite admittedly not knowing what a motherboard was, and acquired the other requisite parts from a North Carolina State University engineering student.

With everything in place, he and Ned would construct the latter’s own computer, splitting all of the fees via the dad’s salary and the son’s wages from his part-time jobs.

After the project proved surprisingly easy and not-so-surprisingly satisfying, they craved a means of doing it again and again for others.

“Ned turned to me,” Mark remembers, “and said, ‘Dad, that was fun, but there are many kids in my middle school who do not have computers in their homes…Let’s build some more to give to them.’

“I was touched by Ned’s caring words.”

The new incentive resurrected a brand name the Dibners had coined while Ned was still at MCS and Mark was teaching entrepreneurship at the Duke University Fuqua School of Business. The household’s resident student wanted to learn from the master how to launch a company. In response, as an incredible simulation more than an enterprise with real-world intentions, the two joined forces to conceive Kramden Innovations.

Complete with its own Internet domain, Kramden lay dormant for two years before Ned acquired his new construction skill and philanthropic desire. Mark sought more information from Ned’s middle-school principal, and the Dibners took action to make their brand a benefactor. 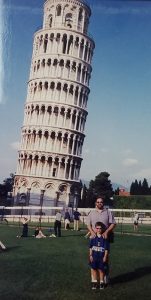 At its launch in June 2003, the charity started by catering to the honors program at the school. It produced 42 devices, one for every honor-roll student who lacked a computer to call their own at home.

Kramden has served school districts in the vast majority of North Carolina’s counties plus pockets of other states and countries. In addition, its current executive director, Michael Asenour, sits on the board of the Alliance for Technology Refurbishing and Reuse, which Mark notes is “the largest group” in this mission.

Ned remained formally involved in his foundation until 2009, at which point he was a freshman at Elon University. During that six-year stretch, he served in a range of capacities while the team proliferated.

“I learned about managing volunteers (this is very different than managing employees),” he said. “One summer I was in charge of warehouse and storage of equipment. Another summer I helped run a summer camp for kids who needed computers where we taught them to refurbish computers themselves.”

As the infectious grasp on the technology spread, so did the desire to help. Besides nearly 4,000 volunteers, Kramden’s present-day roster credits 13 staffers, 13 volunteer leaders, 42 “super geeks,” two champions, three advisors, and the 12-member board Mark still chairs.

The crux of Kramden’s mission remains the still glaring need across North Carolina, where Mark says nearly one out of every five households still lacks a computer. But it has also partnered with the East Chapel Hill Rotary Club to supply technology to communities in Kentucky and, internationally, in Costa Rica and Nicaragua.

“We expand our reach every year,” said Mark, and the same goes for the organization’s involvement with its beneficiaries. 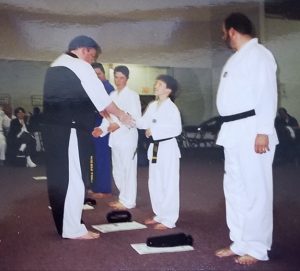 Since 2014, beyond refurbishing the equipment for students, Kramden has also offered cyber-education classes and workshops to novice users of all ages. This initiative has taken one of Ned’s old duties, which involved imparting the computer construction skills he himself had learned from his father as a forerunner to the charity, off his hands. In turn, it has allowed him to pursue other passions and deploy other talents of his elsewhere.

While Ned naturally stays in the loop on his co-foundation, he puts his professional energy into utilizing the fine arts degree he earned at Elon. Currently employed as a craftsman at Eidolon Designs in Raleigh, he got an early start in displaying his proficiency on the heels of graduation. As one of his earliest career achievements, his submission for a woodworking contest was among those displayed at the Smithsonian in the fall of 2012.

Besides the accolades and the offers, Ned had an easier time relinquishing his direct involvement with Kramden because of its accrued quantity and quality of full-time and volunteer workers.

“This is a personal decision after handing over the reins to far more capable hands,” he said. “I believed it was my time to move on to other things.

“I had a large part in creating something on a grassroots level, but it has become so much more.”

While the statistics and geographic range confirm that second point, Kramden keeps itself moving on its premise. It is there to make computers as commonplace across the educational scene and other workplaces as they were at Ned’s first school. The one active holdover from its founding still poses the question his son did after his eye-opening exit from MCS.